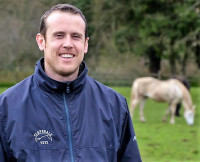 Alistair grew up locally before studying at the University of Liverpool and graduating in 2008. He returned back to the local area soon after graduating and has been at the practice for over 11 years now. He holds the RCVS Certificate in Advanced Veterinary Practice in Equine Practice and is an RCVS Recognised Advanced Practitioner in Equine Practice. He became a partner in April 2019 and has completed a post graduate certificate in Veterinary Business Management to ensure we continue to offer the highest levels of service to our clients.

Alistair enjoys seeing a wide and varied equine case load and prides himself in delivering the highest possible levels of service.

He set up and runs Clevedale’s gastroscopy service making sure our horses can compete at the highest level and are comfortable in their work. He believes in taking a thorough whole horse approach to every case he sees to make sure every detail is covered.

Alistair has a passion for dealing with difficult and challenging cases (as well as difficult and challenging horses). He works with difficult horses to improve their behaviour, making dealing with them less stressful for all concerned. He is enthusiastic about furthering knowledge and organises a yearly meeting on behalf of the British Equine Veterinary Association (BEVA) to help get high quality veterinary education to vets from all over the North of England. He strongly believes in helping people to prevent or reduce illness in their horses through education and has regularly consulted on and contributed to articles in Your Horse Magazine. He organises and talks at Clevedale’s Equine Educational Evenings for the benefit of clients and has also lectured to vets, farriers and physiotherapists.

In his spare time Alistair enjoys spending time with his three young children and loves playing football and racquet sports (when he gets chance). 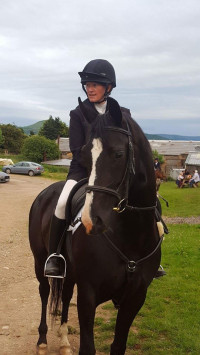 After spending 5 years in practice near Newmarket, Lis joined Clevedale in May 2014. Lis enjoys the great variety of equine practice seen at Clevedale Vets and is a vital part of our experienced team. She is particularly interested in all aspects of internal medicine and anaesthesia, and is responsible for the majority of the anaesthetics carried out at the practice. She holds the RCVS Certificate in Advanced Veterinary Practice in Equine Internal Medicine. Lis has appeared in Your Horse Magazine's "Ask the Experts" feature answering technical questions submitted by readers from all over the country.

In her spare time, Lis enjoys spending time with her young family and her own horses. She has recently broken in her 5 year old Hanoverian, so keep an eye out for her at local competitions! 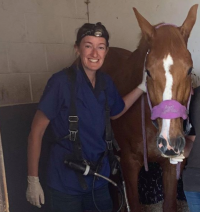 Katherine joined us in July 2016 after graduating from Nottingham University. She has a particular interest in equine dentistry and has been an asset in all areas of our equine work. She is currently studying towards an RCVS Certificate in Advanced Veterinary Practice in Equine Dentistry.

Katherine has had a passion for horses from a young age and previously competed very successfully in pony club. She still maintains that passion and spends most of her free time with her horses.

Originally from Northumberland, Sarah graduated in 2012 from the Royal Veterinary College in London. She joined the Clevedale team after enjoying long term roles in two busy practices in North Yorkshire.

Sarah has worked with high-level competition horses and has an interest in lameness and diagnostic imaging. Sarah’s love of veterinary medicine is demonstrated by dedicating large amounts of her personal time studying towards an RCVS certificate in Advanced Veterinary Practice. Along with her new colleagues, she epitomises our culture at Clevedale in demonstrating her commitment to ongoing learning and progression for the benefit of the horses she treats.

Sarah has written several articles for Your Horse and British Eventing magazines and she enjoys educating owners, sharing her extensive knowledge, which she is so passionate about. 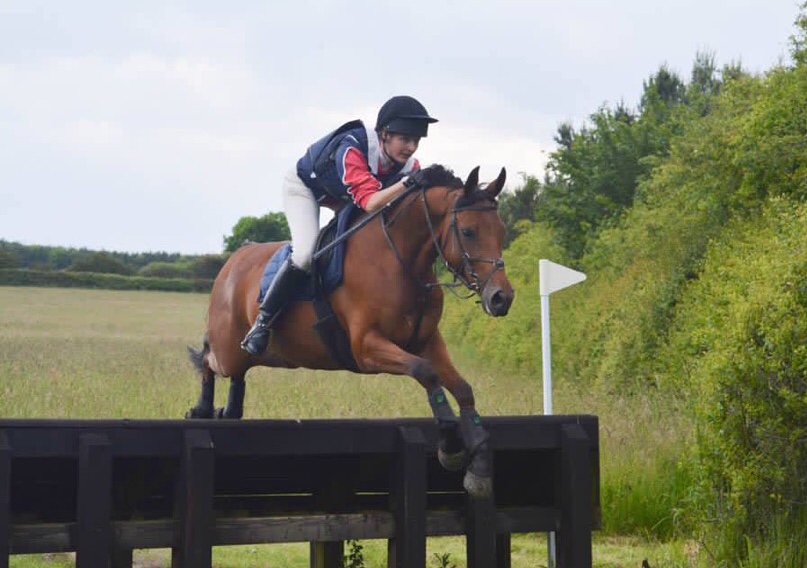 st 2012. She has been around horses since the age of 4 and has a thorough knowledge of all things equine. She has always lived in the local area, going to school and college at Stokesley secondary school and sixth form college. After leaving college at 18, she passed her British Horse Society Stage 1. She worked on a showing yard for a couple of years before coming to work at Clevedale. In 2019 Kristy qualified as a Registered Veterinary Nurse (RVN) at The Open College of Equine Studies where she has also completed a Level 4 Certificate in Equine Lameness and Rehabilitation during 2020. Kristy has schooled, trained and competed a number of horses and ponies at various levels both in showing and eventing. In her free time Kristy enjoys riding and competing the horses and spending time walking her 3 dogs, Bertie, Fliss and Poppy. 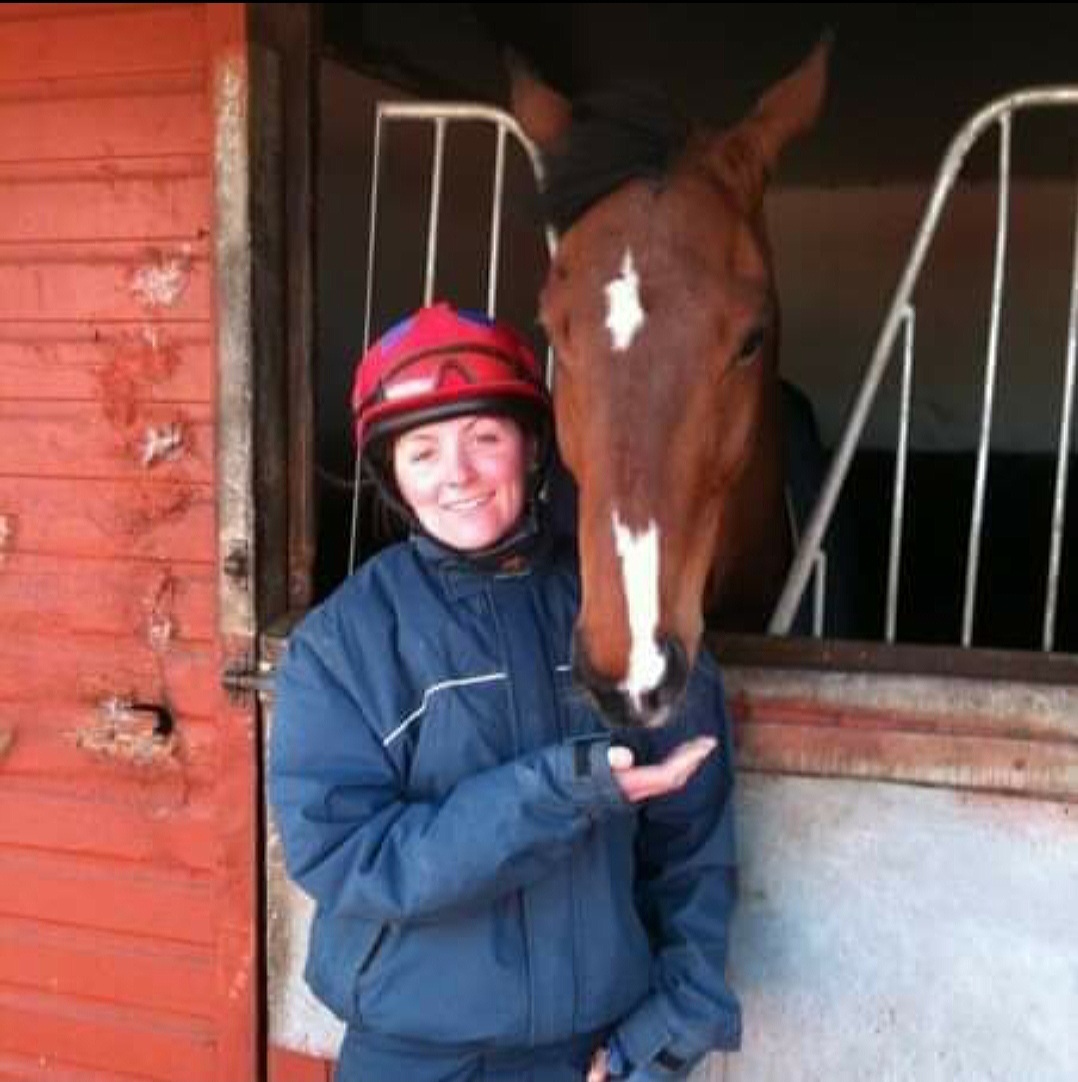 e Clevedale Team in 2016. She spent 13 years working in the horse racing industry as a work rider and head girl.

Her greatest achievement is winning the Godolphin Stud and Stable award for best newcomer in 2007.

Throughout her racing career Charlotte has been fortunate enough to travel some extremely talented horses around the UK, Dubai, and France for some very inspiring trainers.

Charlotte attended the Northern Racing College at Doncaster after leaving school. She passed her level 1,2 horse care and level 3 in horse management.

Charlotte enjoys all aspects of her role within Clevedale. In her spare time, she enjoys spending time with her two ex-racehorses, Monty and Sweetie, and walking her dogs Rambo and Roxy. 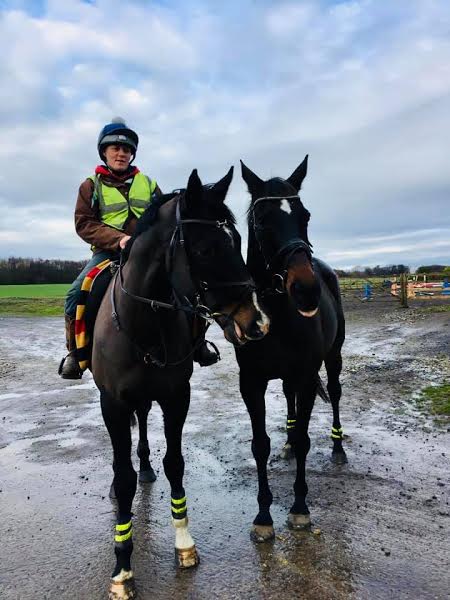 Sharon has worked at Clevedale Vets since 2014, working on reception and in the office but has recently joined the equine team.

Sharon has ridden all her life as her mum's three sisters were all horsey so it's probably in her blood (although her mum isn't in the slightest!)

Having grown up on her great uncle's farm, she used to borrow their ponies and helped her Auntie back the pony breakers. She remembers always getting naughty ponies on loan which other child riders could not stay on, so guess that made her the rider she is today!

Sharon eventually got her very own pony when she was 7 years old called Brassy. He came from Father Christmas and was tied to a tree in the garden.

She was lucky enough to ride some beautiful horses from a young age as her Auntie worked with hunters so loved riding out on the big horses.

Sharon then had a break from horses whilst she studied Art & then fashion & costume but soon after finishing at university, she got straight back into it.

She worked for a local event rider and there was a big Thoroughbred in for strengthening before going back into training. He proved to be a rubbish racehorse, so Sharon took the opportunity to buy him and Ted has been with her for fifteen years and sparked her love of retraining ex racehorses.

Sharon & Ted competed in pretty much everything from BE to the flag race!! and he has been successful over the years in the ROR show classes, qualifying for the championship show at Aintree and standing fourth in the veteran championship class in 2018.

Sharon currently has her now old boy Ted and a youngster Sam whom she aims to event. Sam is showing to have heaps of potential but can certainly be a handful. She is looking forward to getting out competing on him next year.

Join Today
Get started by registering your horse with us today …